Our commitment to Efficient and cost effective working practices, combined with many years of experience, makes us the right choice for all your surveying and construction consultancy needs.

The club entered an exciting new era in 2012 when a new women’s section was started at the club. This has grown into a fully-integrated team within the club, with the team training on a weekly basis as well as playing both friendly and competitive cricket throughout the season.

Sutton Women are looking for experienced cricketers to supplement their existing squad.

Sutton Women are about to enter their 9th year and have made great strides over that period culminating in promotion as champions to the Surrey Trust Women’s League Division 1 last year.

Sutton CC has excellent practice and playing facilities and is widely regarded as one the leading clubs in Surrey.

We offer both summer and winter practice sessions with a qualified ECB coach.

Matches are played on a Sunday afternoon with further midweek games in the Surrey Slam T20, during the winter months we enter an indoor cricket league. 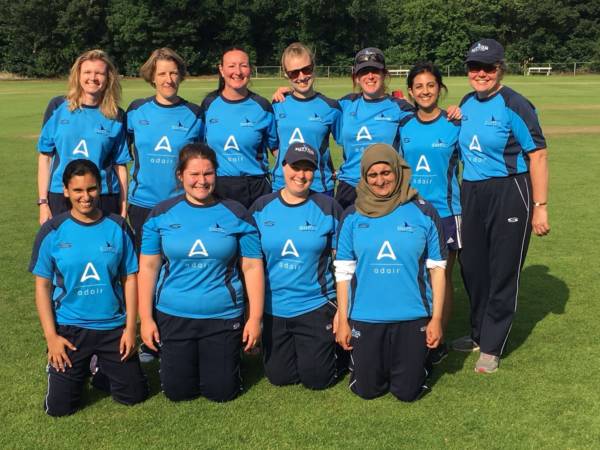 We have players of all standards and welcome anyone who wishes to get into the game. Training sessions will be on Wednesdays from 7.00pm – 9.00pm .If you are interested please get in touch with the captain, Carolyn Brady, or Dani Borini

A muggy but dry (yes dry!) day saw the Sutton Ladies arrive at the picturesque Outwood for an early morning T20, or T16 as it actually is (I’m not sure it has quite the same ring to it). Armed with the insider knowledge of former Outwood player, Jess, we had an idea of what to expect, but she hadn’t warned us of the four-legged extra fielder that snuck onto the pitch after an over or so. After a couple of early losses, Abi kept the scoreboard ticking over before departing to allow skipper Carolyn in. Itching to have a go at the looping deliveries, she set about doing her thing, with boundaries galore. In fact, a peek at the scorebook (thanks Aly) shows just one single and a couple of dots in her quick 37, with the rest from boundaries, before kindly allowing Zarish a go at the same, leaving  Outwood chasing 146 to win. A bit of healthy competition within Sutton led to the points being spread amongst the players (Ami topped out with three and bottom of the pile was Yours Truly, though I did at least get a nice grass stain from a boundary slide).

Particular kudos to Rebecca for some tight bowling, but player of the match went deservedly to wicket keeper Amanda for lightning reflexes dismissing the Outwood number 3 in a deserved and overdue win. It may be the end of term for me, but you can take the teacher out of the classroom but still make them write reports. With that in mind, I’ll finish the match summary in classroom style. What Went Well: lots of backing up, some big hitting and positivity. Even Better If: we really need to minimise extras. On that last point I am definitely guilty, so I’m off down the nets…